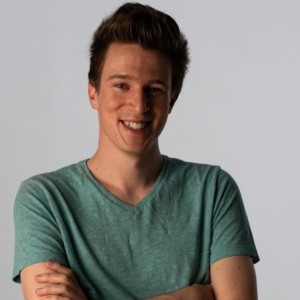 Joe was born and raised in the West suburbs of Chicago, Illinois. His career in audio would unroll at a young age when he started playing musical instruments in the concert band. While in high school, Joe had learn to play wooden instruments such as the saxophone and clarinet, string instruments such as guitar and bass, and dabbled with drums. When it was time to enroll in school, he knew he wanted a career in the creative industry rather than performing. After learning the process of how the original lightsaber sound effect was created, he asked himself “wait… there are people out there who make these sounds for a living?! I want to do that!” Joe pursued his love for audio at Columbia College Chicago in the Audio Arts & Acoustics program. It was there that he learned how to track and mix music records with a band, while also attending courses for Post-Production Audio in the film department. After graduating in 2016, he chose to focus his career path in Post-Production Audio and to continue recording music as a hobby. After a year of freelance work for short films in need of sound design, foley, and mixing, Joe joined the ECG team. Now in Atlanta, he hopes to bring more to the table with his talents in sound. When Joe isn’t behind the sound board, he can be found duking it out in Pokemon Stadium with Collin or admiring more audio gear in a magazine. Outside of the office, Joe loves listening to progressive metal music (such as The Contortionist or TesseracT), napping, or building Lego sets. In his eyes, Chicago deep dish pizza is delicious, and the first three seasons of Spongebob Squarepants are the best seasons. What is Picture Lock and Why Does it Matter?

What does “picture lock” really mean to video production companies? Find out why it’s so important and how it saves everyone time and money on post-production. Gear Needed to Record a Voice-Over

Ready to record a voice-over? Make sure you have all the right gear by checking out this comprehensive list.

Just “Beat” It – The Truth About Beats Headphones by Dr. Dre

Beats Headphones may be popular, but is it all just hype? Here’s why they suck. Hearing good examples of sound design will make you a better sound designer. Check out why the movie Arrival got us itching to get behind a sound board.