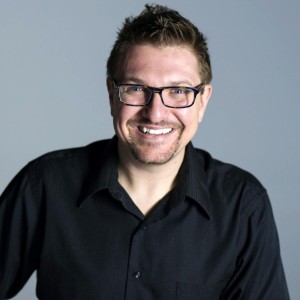 Jason is an award-winning director/producer/creative director and twenty year veteran of the entertainment and media industry. He started his career as a videographer for MSNBC, FOX NEWS, and CNN and went on to shoot and produce for such well known pundits as Sean Hannity, Bill O’Reily & Chris Matthews. In 2001, Sirotin became Head of Production and Programming for the national cable network XY.tv, launching the channel in over ninety markets worldwide. In 2006, media giant Howard Stern tapped Sirotin to create original programming for his InDemand television network “Howard TV”, producing over one hundred episodes and five feature length documentaries, including an award-winning September 11th retrospective. Most recently, Jason served as Line Producer on the feature film “The Fat Boy Chronicles” (The 5th most rented family movie in America the week of 1/3/2012) He also served as the Executive Producer of the Indie drama “Quarterlife Ben” & Supervising Producer on the Comedy “A Free Bird” . Currently Jason is the executive producer on the film “Good Grief Suicide Hotline”, Supervising Producer on the documentary “The Perfect Human Diet.” and Writer and Director of the popular children’s fitness DVD, “The Workout Kid” (Featured on Nightline, Good Morning America, and The Doctors.) Hug or Handshake? Confessions of a Serial Hugger

Handshake or hug? What’s the right way to greet someone professionally? Is there even a right way? We break down the possibilities here. Do you work in video production? Do you get more requests for content than you can handle? Use this email response template to help make communication easier. An Open Letter to “Hollywood”

As Hollywood heavy-hitters take the fall for their bad behavior, one qualified, and decent, showrunner asks that you look beyond the LA bubble for new hires. My Weird Obsession with Bhad Bhabie

Ever go down the rabbit hole of music videos and discover someone totally new? I did it, and here’s how I ended up strangely obsessed with Bhad Bhabie. It’s Hard to Be Creative When… Business

Being a creative who also owns a business is tough. It means tons of time to spent running the business and often not enough creating. Here’s how to balance the mundane so you can stay imaginative. What is a Video Production Agency?

Considering creating some video content, but aren’t sure whether you need to work with a production agency? We tell you what one is and why they’re beneficial. 5 Ways to Grow Your Video Business

Growing your business means staying in business. For anyone looking for success in the video production business, check out these tips to encourage growth. Corporate Video Buyers: Please Just Tell Me What Your Budget Is!

Working in video production also means working within a budget. Your vision won’t happen without an accurate estimate, so here’s how you can budget your project right. You’ve got video content to produce, but how do you find the right video production company? This list of tips will help you find the best choice for you in Atlanta. How To Get Your Film Distributed

Learn how to get your completed film distributed without worrying about a major studio picking it up. These tips get you thinking in the right direction for success. How To Produce An Independent Film

Ready to make a film, but lacking in major studio interest? That’s okay, go indie with these tips on how to produce an independent film.