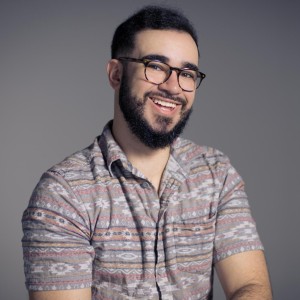 Jordan was born and raised in Atlanta, making the jump over to Athens, GA for college where he attended the University of Georgia. He graduated with distinction with degrees in English, Psychology, and Film Studies, and then promptly took his talents up north to New York City. While in the Big Apple, Jordan worked in the whacky world of comic books, honing his knack for storytelling at every pass. After a couple of years in the cold, he decided it was time to return home and make his mark on the burgeoning Atlanta film scene. Since then, he has continued his career working as a writer/producer for music videos, commercials, and short films. If he’s learned anything so far in this industry, it’s that no matter the medium, the budget, or the client, story is always the key to any successful production, and he’s happy to bring those stories to life. When he's not working, you'll find Jordan reading a good book, eating too much sushi, or casually strolling the Beltline. E-Learning In The Time of Coronavirus

How is the way we educate changing in today’s landscape and what changes are here to stay for good? Finding parking shouldn’t be a struggle, but it is. Watch this commercial from ParkMobile and ECG Productions and see how to ease your parking woes. As one of James Patterson’s most popular thrillers of 2019, Unsolved needed a video teaser that matched the book’s hype. ECG delivered with this cool spot. Get a sneak peek of the upcoming YA hit Once & Future with co-authors Cori McCarthy and Amy Rose Capetta in this mini-doc. When James Patterson turns a cop into a chef, you’re in for a unique thriller. Check out this recipe video for Catfish Po’ Boy to promote the book, The Chef. Watch a training video that can truly make a difference. Check out the second part of the CDC’s Folate Microbiological Assay Training Video we produced. Get a virtual tour of Sig Sauer’s Pro Shop in this commercial walk-through, including a look at their legendary firearms selection. Why I Love Taylor Sheridan

Find out who Taylor Sheridan is and why, if you’re into movies, you should love him right now. CARE speaks out to defend the funding that helps keep them operational in this call-to-action video. Who’s going to kill Alex Cross? Get to know all the assassins after him in James Patterson’s book, Target: Alex Cross. Meet gentleman, Sean Lawlor in this video.

Who’s going to kill Alex Cross? Get to know all the assassins after him in James Patterson’s book, Target: Alex Cross. Meet Dana and Mary Potter in this video.